I made homemade spagetti sauce and meatballs, known as "gravy" if you are italian, for dinner all because I had an eggplant to use up, which I turned into eggplant parmesean. 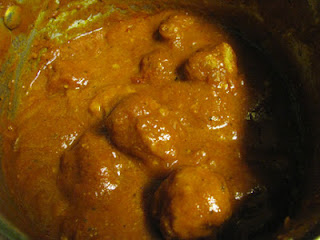 The recipe for the sauce and meatballs is posted a few posts back. 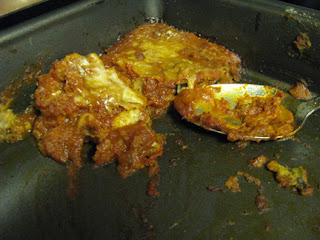 What's left of the eggplant parmesean.  I baked the breaded eggplant this time, instead of cooking it in the skillet with oil first, and WOW the taste was so much better, I can't recommend baking it first enough!  I also left off the mozzerella cheese this time, and my best friend Brenda brought me some organic parmesean cheese to use, the taste was out of this world heavenly!
Posted by k baxter packwood at 7:18 PM