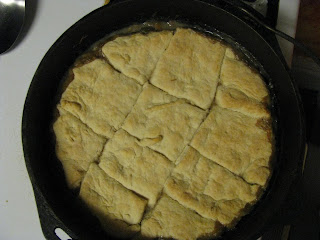 Fresh out of the oven, the sauce was coming up around the edges of the biscuits. 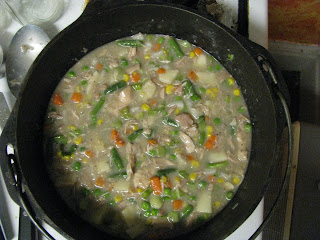 Before the bisquits were added I made the rue added the broth to make the sauce and then added the vegetables and cooked for about 10 minutes, the time it took dh to make the biscuit topping. 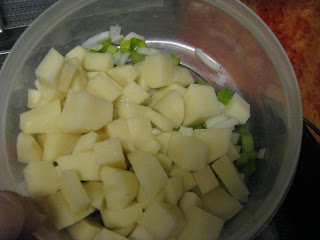 I used potatoes instead of boiled eggs in the recipe AND I added chopped onion, a half cups worth. 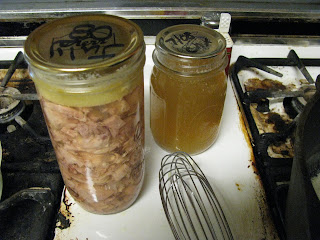 This seemed to be the right time to try our newly canned chicken and chicken broth. Let me tell you it was INCREDIBLE! Instead of using several dishes to make the pie I used my cast iron dutch oven. 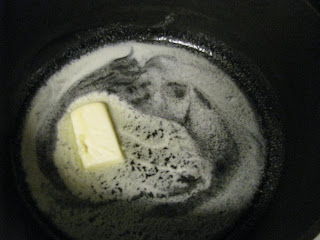 Well it sorta started out that way anyway. I found the recipe this morning at Self-Reliant Yuppies but decided to wait until dh got home from work to start the pie, and I'm glad I did! Lets just say his idea of gourmet is NOT cheddar cheese filled pie crust, and he agreed with me the hard boiled eggs seemed a bit over the top so I used potato instead.
Posted by k baxter packwood at 7:00 PM